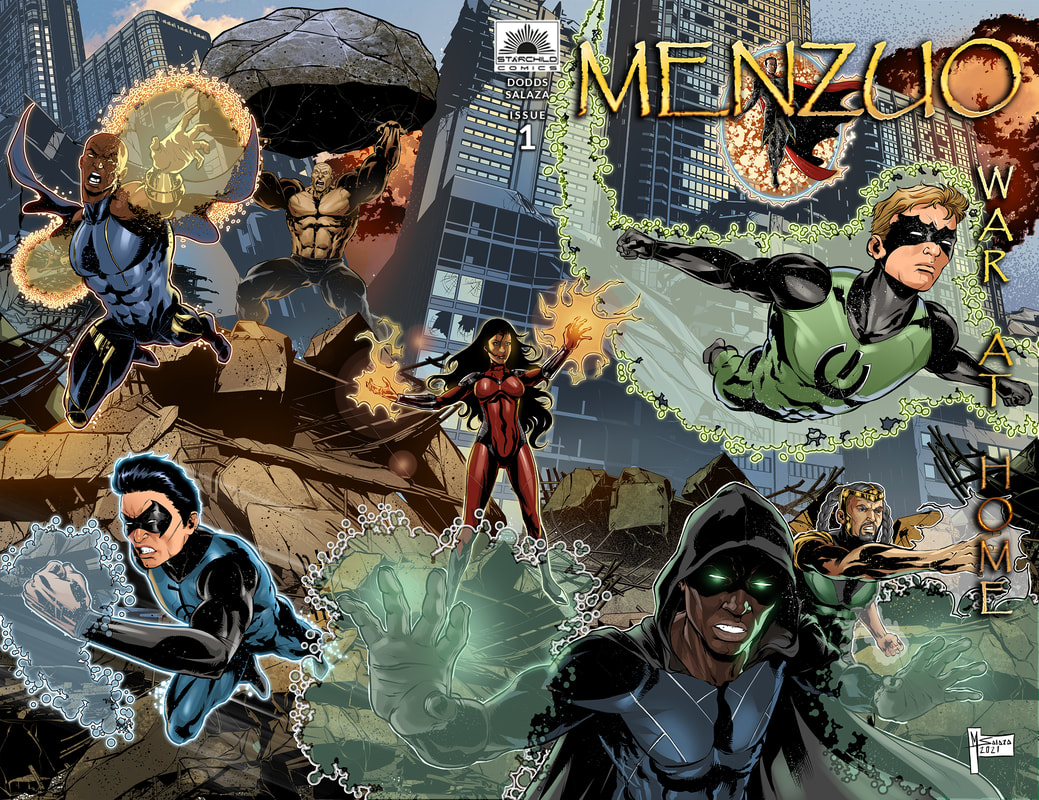 As the universe tries to recover from the Banorbenga plague, Earth has become home to many alien life forms. The Dark Spores accident in Hero City continues to take its toll,  spreading through the world and increasing the number of Super-Normals exponentially.  This has done nothing but exacerbate the fear of humans beings, along with their concerns of Super-Normal uprisings and the inevitable decimation of all mankind. Thus, the creation of the radical, hate-monger group known as the Cast Aways, who want nothing more than to rid the planet of any beings possessing supernatural powers, chanting the phrase, “Humans must remain the dominant race!”   The evil Pirate Warrior Havoc returns to Earth to destroy Menzuo and the Solar Warriors, but he is not alone. Traveling with a swarm of Pirate Drones, an all-out war looms within the city of Springfield, MA, interrupting the Cast Aways' protest. As hated as they are, Menzuo, Allucio, and Desmurose must protect the planet they now call home along with the people that both revere and hate them at the same time.  As the battle for supremacy rocks the city, an unexpected warrior enters the fray. Now, only more questions remain - Is the visitor friend or a foe? And furthermore,  will Menzuo and his team finally bring peace to the planet, or is this just the beginning of the end?

MENZUO S.W. BOOK SERIES
Books 1 - 4 out now!
Click on Books to be directed to Amazon.com 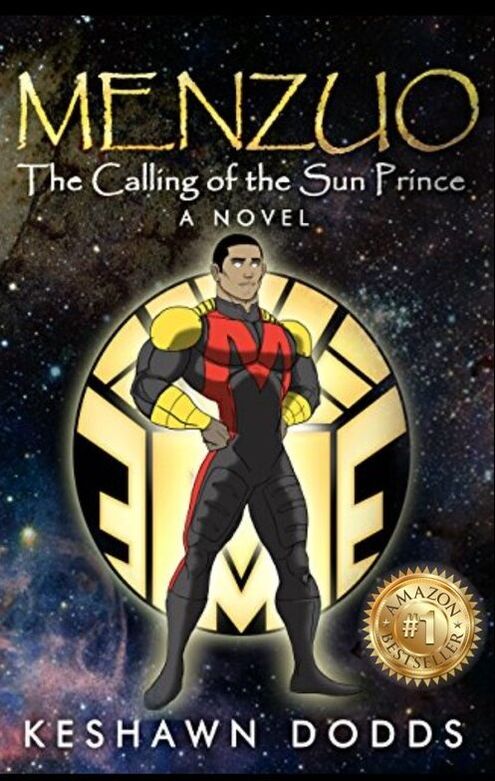 The World is Ready for a New Superhero!

The first superhero fiction book from Amazon Bestselling Author Keshawn Dodds.
Jammal Hall is just eleven years old when he finds out his life on Earth is more important than he could ever imagine. A week before his twelfth birthday, which happens to be his age of destiny, many secrets are revealed to him—including the news that he’s from another planet and his earthly parents are not his birth parents. Jammal, who is actually the superhero Prince Menzuo: Universal Protector, must rely on his guardian, Solar, if he is to survive combat training to master his super powers in order to prepare to face his arch nemesis: the deadly Pirate Warrior, Morbid, a super villain seeking to destroy the planet. As Prince Menzuo begins to understand just how important he is in protecting the planet and the super powers of All Good and Evil. He must also face the challenge of trying to live a normal life while participating in a virtual reality tournament with his best friends. Will our super hero be able to fulfill his destiny as protector, or will he give in to his fears and let the fate of the universe fall into the hands of the evil super villain Morbid?
Early praise for the super hero book Menzuo:
"A collection of super hero books for the new generation of readers."
"Super heroes versus super villains. What could be better." 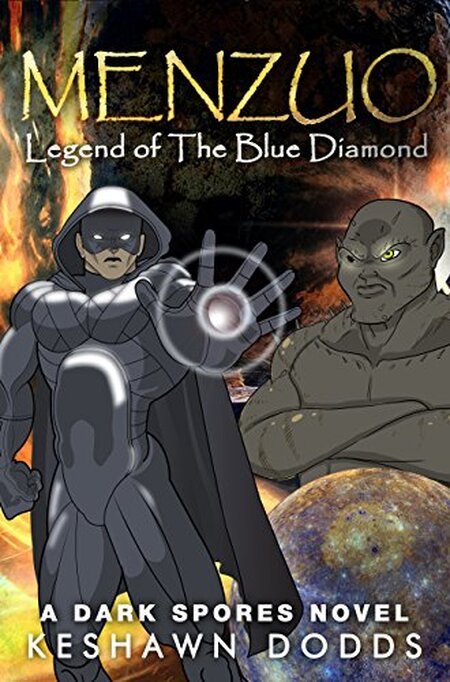 Our Universal Warrior is BACK!

When young Jammal (a.k.a. super hero Prince Menzuo) found out that he was adopted…and from another planet, his true destiny as the new Universal Protector was revealed. After saving the Earth from one very dangerous Pirate Warrior named Morbid, Menzuo is ready to continue his preparation to become the true Universal Protector. As he trains to master his super powers with Solar by his side, under Master Renzfly’s watchful eye, a mysterious messenger from the outer realm interrupts his progress and begs for the prince’s help to save planet Bralose from a host of super villains. Confident in his training and super powers, Menzuo is surprised to find that he’s not prepared to battle Hydrosion—the super villain holding planet Bralose captive. Just when the prince believes all is lost, the Solar Warriors lend a hand just in the nick of time. If he is to defeat the evil Hydration, Menzuo learns he will have to embark on a journey to find the legendary Blue Diamond—a feat no one has yet done successfully. It’s a race against all odds as the Universal Protector and his friends discover what they need to defeat the enemy before it’s too late. 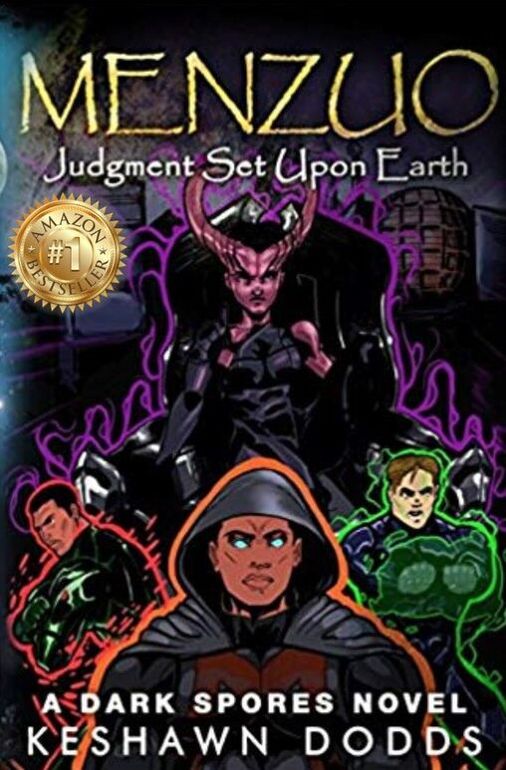 We Fight to Protect the Entire Universe!

Congratulation to Bestselling author, Keshawn Dodds with his third installment in the Menuo S.W. series.
When Menzuo faces a new threat, with unfathomable odds, he must upgrade once again and use his Super-Powers to overcome evil. In The End, All That Is Left Is Fear!!! Our universal protector, Menzuo and his team of Solar Warriors must travel back to planet Earth to battle against one of the strongest of all Pirate Warriors: Queen Eaizah. After saving planet Bralose from a life of mutated slavery under Pirate Warrior Hydrosion - which tested his powers to the fullest - Prince Menzuo is now ready for another battle. Enter Pirate Warrior Eaizah! But Menzuo will not go it alone. He is now banded together with both old and new friends - The Solar Warriors. But Pirate Warrior Eaizah has a special treat in store for the young Prince’s return: a new evil that will push Menzuo, his team and the planet to the brink of destruction. Now more than ever, Menzuo and the Solar Warriors must remain focused and hone their super powers in order to defeat the queen and save Earth, while harnessing the energy of all good and evil to save the entire universe forever.
The final tie-in of the Menzuo series to The Dark Spores Saga is here!
What People Are Saying About the Menzuo Series:
"...should be considered a classic."
"...will hold the interest of all types of readers."
"...Can't recommend this book enough! 5 out of 5 stars."
"...detailed and filled with its own stories and histories."
​"Highly recommended!" 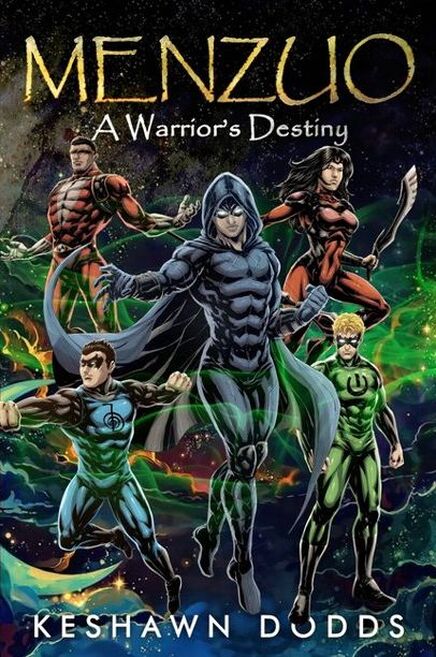 When Evil Wins, All Hope Goes With It!

Menzuo is back again and this time, he's bringing back-up to overthrown an impossible, galactic plague menace that threatens to destroy the galaxy. After Menzuo’s return from Hero City and successfully helping The Capes and Majesties of Canaan defend planet Earth, he returns to the death world of Legerdamien with his brother and protector, Solar, to train with the first universal protector, Master Kane. His training has one purpose: to defeat the Excervian ruler, Lord Fetid, once and for all before he can take over the universe. While Menzuo and Solar are training to match Lord Fetid’s power, Fetid releases a powerful, ancient plague called Banorbenga disease, on every existing planet to criple the remaining Solar Warriors. With no foreseeable cure in sight, the Solar Warriors must search for a treatment, without their true leader, Menzuo by their side. With the future of the galaxy hanging in the balance, three questions remain: Will the universe survive? Who within the team will save it? And more importantly, will Menzuo and Solar succeed in their training under Master Kane in time to stop Lord Fetid’s reign of terror?